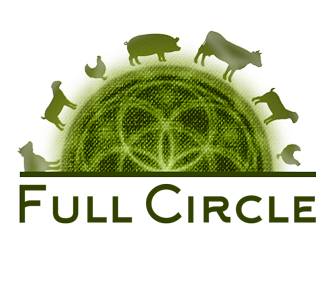 Hello Small Farm Enthusiasts,
Pursuing a dream can be scary since there is usually always risk involved and fear of the unknown.  "Will I fail?", "Is this the best decision?", "Will this put us too far in debt?" and many other questions that surface when setting out on a new venture.  Every time we fail at something we should give each other high fives, instead of jumping into criticism, because if you're failing you are at least DOING and when you are DOING you are LEARNING and when you are LEARNING you will eventually be SUCCESSFUL!  I think the best thing is to follow your heart and do something that you enjoy, if you can. Find your purpose or mission in life and go after it. Some get rich doing this, but if not, at least you have a good life. I did not say easy, BUT good or fulfilling. I want to share the story below of our recent interns, who came all the way from South Africa, and a bit of how it happened. This is written by Brad in his own words, unedited:  About 18 months ago,  Anne and I had this crazy idea. 'Imagine we went as a family to intern on a farm in America?' We felt almost certain at the time that it would never happen - there were just too many obstacles in the way - I would need long leave, finances would be a miracle, visas would need to be granted, our house would need to be rented and obviously some American farm would have to be crazy enough to say yes to a bunch of South Africans invading their farm. Impossible right? Well,  I remember saying to Anne,  'Let's just pursue the dream so that we can teach the kids that it is okay to reach for a dream and not see it materialize'. We wanted to teach them that in life we are always balancing being content in the present  (living fully in the moment) and striving for our dreams. It is about being satisfied and unsatisfied at the same time. Our dream was reaching for something that our hearts desired, but surely this one was too big to come through. Yet here we are at the end of the dream come true.  In two days we climb on a plane to fly home to South Africa after three amazing months in USA,  most of that on  Full Circle Farm. The word 'amazing' is woefully insufficient in describing the adventure we have lived. Maybe breathtaking, or awesome (in the true sense of the word), or abundantly good. How it all came together is a long story, but suffice to say that each door that needed to open did. Not least of which was Dennis and Alicia sensing in their hearts to say yes. Wow,  we have received so much more that we were hoping for. We came to learn more about regenerative agriculture, nutrient dense food production and to experience farm life as a family, but on top of that we are leaving with new, deeply meaningful friendships. The Stoltzfoos tribe is one incredible family. We have laughed together, cried together, sweated together,  rejoiced together, adventured together, cooked together, sung together and played together. So it is certainly with heavy, but full (actually overflowing) hearts that we have to say goodbye to Full Circle Farm and this precious family. But we are so grateful - we had a dream, we reached for the stars and He granted us the desires of our hearts.

Brad told me when he was here that they completely failed at teaching their kids contentment because everything they went after they got, and so much more.  He said it was the most interesting failure/success in his life and he is still stunned by it. The major hurdle they overcame was raising 5k just for airplane tickets to get here and back. For every U.S. dollar they needed 15 of their Rand. 15 to one is hard to get and make the trip, impossible was more like it but it happened. Can you imagine your next family vacation costing you 15 times what it would, normally.  That is what came thru for them!  When we initially said. "yes" , they could come, Alicia and I also felt like it was unlikely that they would actually make it this far.  We have known several people in the past that have lived in the states that have wanted to intern but never made it here so coming all the way from another continent was highly unlikely.  Then they were here and we fell in love with the whole family: Brad's enthusiasm and positive outlook, Anne's calm steadiness and dependability, the children loved to be outdoors, building forts and other contraptions, horse back riding, dodgeball, 4 square and so much more with our children.  We learned so much from them while they were here, about the culture of South Africa and about life itself.  We have learned from each person/family that has interned or worked with us, saying, "yes" has blessed us immensely.

I spent two days with this guy last month at the Acres USA eco ag conference.https://www.youtube.com/results?search_query=john+kempf+

Thanks for supporting a small, family farm and contributing to a more REGENERATIVE future,
Dennis and Alicia 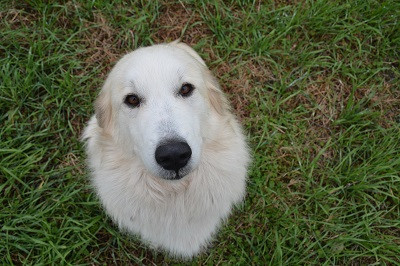 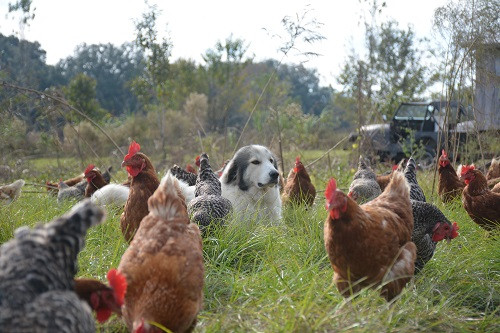 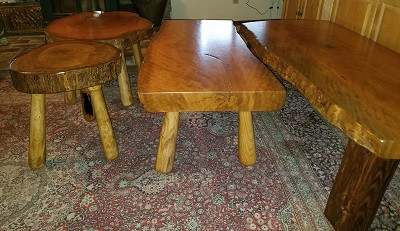